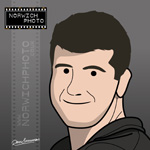 For those that don't check their emails...

The 2016 Monoposto Provisional Championship calendar has now been released.

Thanks are due to Douglas McLay for negotiating the calendar.

Some key points to note with the 2016 calendar:

• We hope to have 16 rounds at 8 race meetings, some single day and some all weekend meetings, run once again by MSVR.

• Assuming all 16 planned rounds take place, the Championship will be decided by the best 14 scores for each driver. Thus this is once again the number of Championship rounds that officially take place in the year minus 2 - as per our regs.

• Our annual non championship trip to Spa Francorchamps (24- 26 June) was our first confirmed date of 2016 and we will be sharing the grid with a pair of rounds of the F3Cup Championship as in previous years.
• F3Cup will be racing at the same meeting as Monoposto for some of the UK events but are not sharing our grids.

• Brands Hatch GP will be a single day meeting.

The dates for the Tiedeman Trophy Championship have yet to be confirmed. We hope to run 10 rounds over 5 single day meetings in 2016.

The registration form for the 2016 Championship will follow shortly. Our Season wide race entry form should be available shortly.